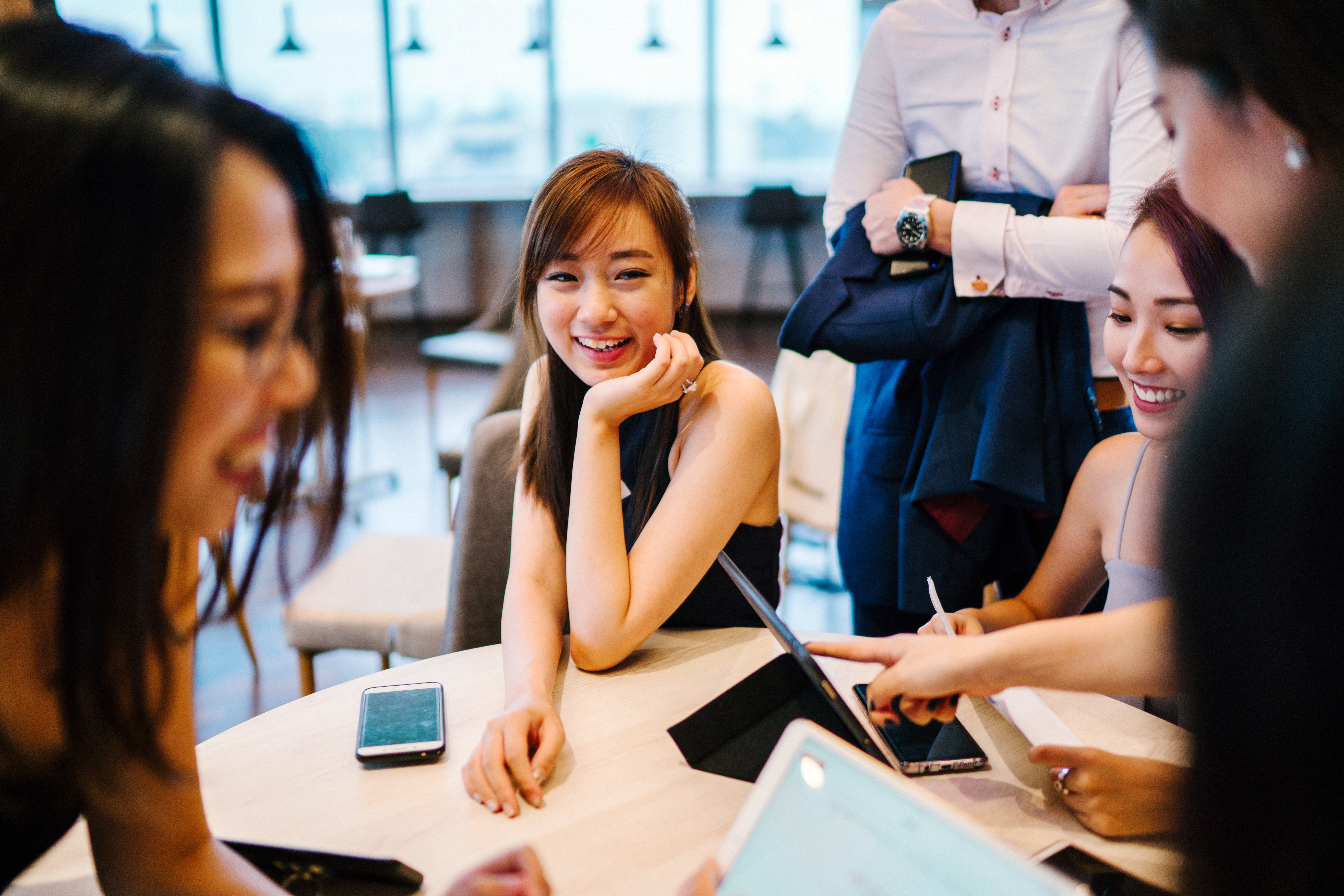 When my newsroom cube mate, Jomay, turned to me and said, “Girls have to stick together,” I smiled and did not think much more about it, except that her phrasing reminded me of Cindy Lauper’s, “Girls Just Want To Have Fun.” I was 24 years old, and Jomay, who had significantly more reporting experience, also knew how to navigate the often male-dominated newsrooms of the early 2000s.
So, why did Jomay tell me this? I was working on a complicated news story about military base realignment and closures. I was not—at all—passionate about the story, and she could sense it. Without any prompting from me, she approached my cube and asked if she could help. I was surprised and extremely grateful because had she not helped me, I would have missed my deadline. Being one of the youngest reporters in the newsroom, I felt too insecure to admit I found the writing assignment overwhelming.
Since that time, I have worked with a lot of collaborative, progressive thinkers, both women and men. I have also benefitted from a multitude of mentors, most of them women. However, I’ve also experienced discouraging interactions. When I was a public relations professional in my early 30s, I served on a planning committee. I observed—more than once—female colleagues reporting on their respective departments as some women occasionally rolled their eyes or even whispered. While I hope I didn’t participate, it is possible I did. But why?
Many of us have heard the phrase, “mean girls,” made popular by the 2004 blockbuster movie, which focused on high school drama among teenage girls. But the “mean girls” phenomenon doesn’t necessarily end after high school. Women sometimes fear losing their position, influence, and power in the workplace, according to social psychologist Joyce Benenson. In reaction to that fear, they don’t always support their female peers.
The sacred position, influence, and power are hard-earned; women still occupy­­ significantly less senior leadership roles than men. For example, while women have earned the majority of doctorates for eight consecutive years, only 32% are full professors, and 30% are college presidents, according to the Center for American Progress. So, we sometimes compete—even subconsciously—for the few opportunities that exist at the top.
Laurie Rudman, also a social psychologist, believes women criticize their female peers because they are struggling to understand an unfair and unbalanced situation. Subsequently, women project, internalize—and sometimes even believe—negative stereotypes about women in leadership. For example, while most men embrace leadership positions with confidence, women sometimes struggle with “imposter syndrome,” or the belief they are not worthy of their roles.
Women also face cultural hurdles that make it more difficult for them to advance. Women are expected to remain helpful and upbeat, and if they aren’t, they are considered abrasive and “not likable” by both women and men. One study, conducted by Kieran Snyder, revealed that 66% of women’s performance reviews contained negative personality feedback, compared to only 1% of men’s reviews.
So how can we support our female colleagues in spite of these challenges? We can:
– Practice the Shine Theory—the belief that when one woman succeeds, we all do. When your female peer accomplishes something, tell her and others. Praising others does not mean you are downplaying your contributions. Quite the opposite: you are secure enough in your abilities to recognize the strengths of others. When one of my fellow Women’s Symposium board members receives an award, I often observe other board members praising her on social media. I think that’s powerful.
– Develop close connections with female peers who can advise you on how to negotiate your worth and promote your talents. Also, when you develop relationships based on shared interests and aspirations, you’ll achieve more at your job. People want to collaborate with those they know and like.
– Create your advisory board. A core group of women advise me on career moves, general life decisions, and more. And it’s reciprocated. When I ask one of them how they are doing, I usually receive a very candid response like, “I’m not great.” This kind of exchange often results in a cathartic discussion and, most importantly, an antidote to isolation.
While it took me several years in the workforce to appreciate—and truly understand—Jomay’s wise words, I now rely on her sentiment often. We do need to stick together.
Originally published in Bayou Life Magazine.
Categories: Blogs