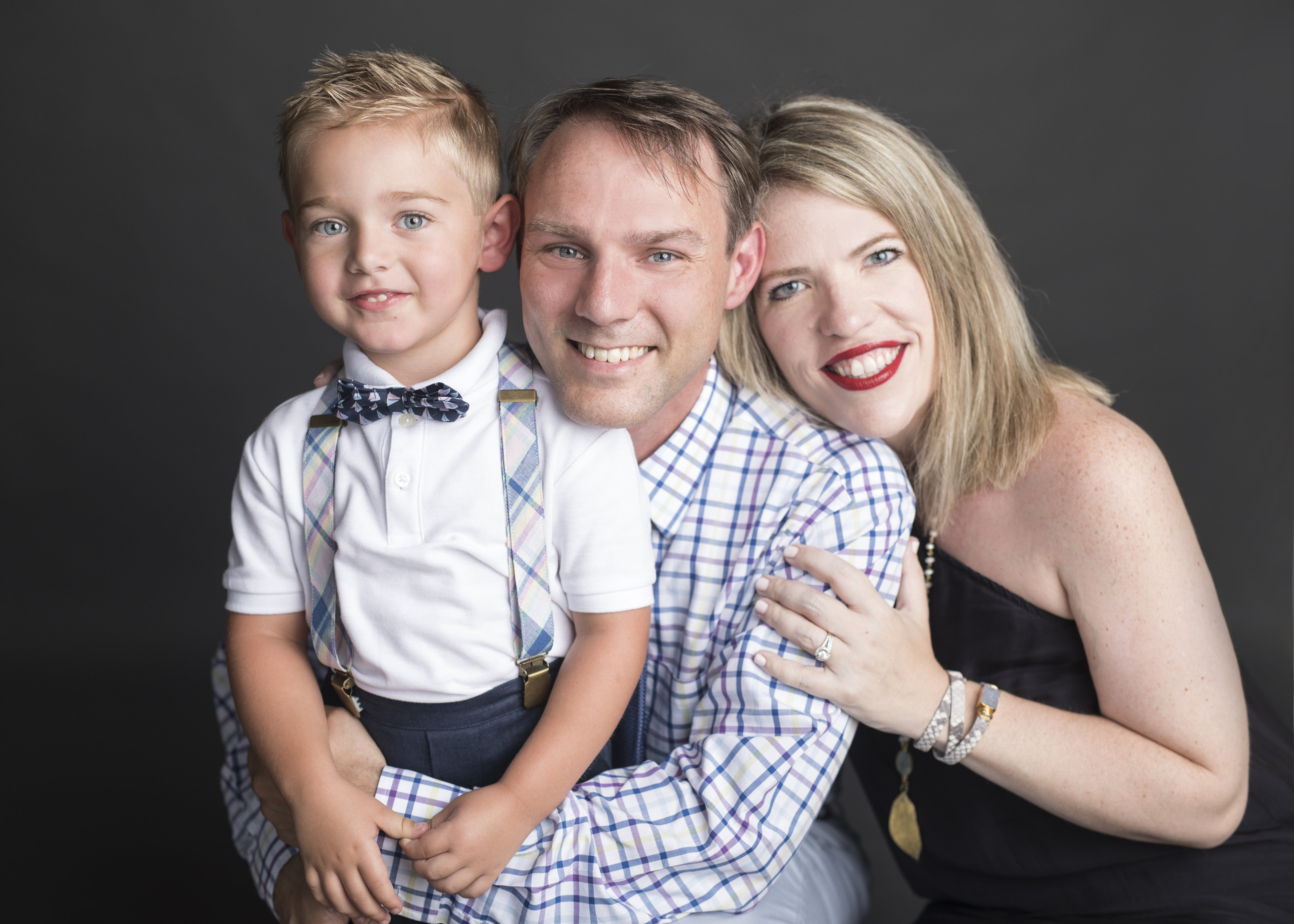 My dad often says that it is important to find ways to turn a negative experience into positive energy. That sentiment has helped me reframe Sunday, April 8, 2018, the day my little family survived a car accident. My husband Tim had turned 40 on April 6, and to celebrate, we traveled with our four-year-old son Weston to visit Tim’s childhood friend in Joplin, Missouri. We were returning to Monroe on Louisiana Highway 425 near the Log Cabin Road intersection at around 8 p.m. I was in the passenger seat, listening to an audiobook with Tim. Weston was sitting behind me in his car seat, wearing his favorite red headphones, and watching cartoons on the Ipad. I snapped a photo of him wearing his blue shirt with white stars and yellow stripes on the sleeves and texted it to my mother, knowing she would appreciate his ensemble.

Suddenly, another driver sped through the stop sign at the intersection, struck the passenger side of our Toyota 4-Runner, and threw us 250 feet across the median into the opposite car lane. Later reports indicated our car flipped about eight times. Tim saw the other driver accelerate toward our car, but I did not. I remember a loud noise and staring at the digital dashboard, trying to make sense of what was happening as our car began rolling.

When we landed, upside down, I was eerily calm. I kept trying to turn off the ignition, and I was narrating my efforts. “Tim, I’m turning off the ignition so our car won’t start on fire,” I said. “But the key won’t budge. We’ll be ok. I just need to turn the key.” Tim didn’t answer, which didn’t alarm me because I was so fixated on making that key move. Then my shock wore off, and I started screaming, “Get the baby!” I didn’t know it at the time, but Tim, who had experienced a temporary loss of sight due to the ventricle force, climbed into the backseat, unbuckled Weston, and forced him through a broken window where a stranger was waiting to receive him. A stranger. Soon we were surrounded by strangers, and they were not emergency responders. They were people who had seen the crash, stopped their cars, and rushed to our smoking vehicle.

One such stranger reached through my broken window and grabbed my feet. “No, get my baby!” I shouted, resisting. “Your little boy is safe,” he calmly responded. “I’m going to get you out.” Still resisting, I replied, “I see white lights.” His voice got a lot louder. “Baby, that’s not Jesus! Those white lights are coming from all of the air bags! Now, we are going to GIT you out of this vehicle!” And he did.

I remember walking across the road barefoot afterward, seeing my new gold flats on the highway, and bypassing them to get Weston. I thanked the woman holding him. She was crying. I looked at the road again and saw Weston’s toiletry bag which I had received at his baby shower. It was brown and white striped with his initials monogrammed in blue. Seeing his bag crumpled and dirty in the street, I started crying. Then I heard a police officer say, “Ma’am, I have to tell you, I don’t know how ya’ll survived this.” I didn’t either.

The medical responders arrived at the scene and helped us into the ambulance. Weston seemed unscathed, and Tim only had bruising on his hand and back. The medic kept asking me if I had been wearing a seatbelt, and I kept replying that I didn’t know. I am guilty of not always wearing a seat belt, especially on long road trips, so I finally told him, “Probably not.” The police officer interrupted and said, “There’s no way she would still be with us if she wasn’t wearing a seatbelt.” Then the medic saw a large, already deep purple bruise on my stomach. In that moment, I vaguely remembered deciding to wear the seatbelt.

As with most life-changing moments, I immediately thought about the what-ifs regarding what police officers called our “near-fatal” car accident. What if I hadn’t insisted on stopping at the gas station for treats on the way to Monroe? What if we had just stayed home that weekend? What if there had been oncoming traffic where we had landed? And what made me put on that seatbelt?

We were treated that night at the Morehouse Parish Hospital ER, and Tim’s dad Bill picked us up and drove us home. I remember Bill tucking Weston into bed. During the following days, my friends called, and brought food, toys, and much comfort.

For a few months following the accident, we didn’t embark on our typical family road trips to Texas. I was too nervous. Then one night, while driving home from a friend’s home in Calhoun, Weston uncharacteristically started crying and asked me if we were going to get in a crash. I was suddenly angry at the woman who struck us. But then I thought about all of the good things: the strangers who had rushed to a smoking vehicle to save people they had never met; my Southern family who had brought us goodies; my atypical decision to wear a seatbelt; us surviving the accident.

Last week, when searching Weston’s closet, I saw his blue shirt with the little white stars and yellow stripes on the sleeve, tucked away in the back of the closet. He hadn’t worn it since the accident. Instead of ignoring the shirt, as I had been doing for a year, I grabbed it off the hanger. I called Weston’s name, and he came running into his bedroom. “What is it, Mama?” he asked. “It is time to get dressed and move on with our day,” I replied.