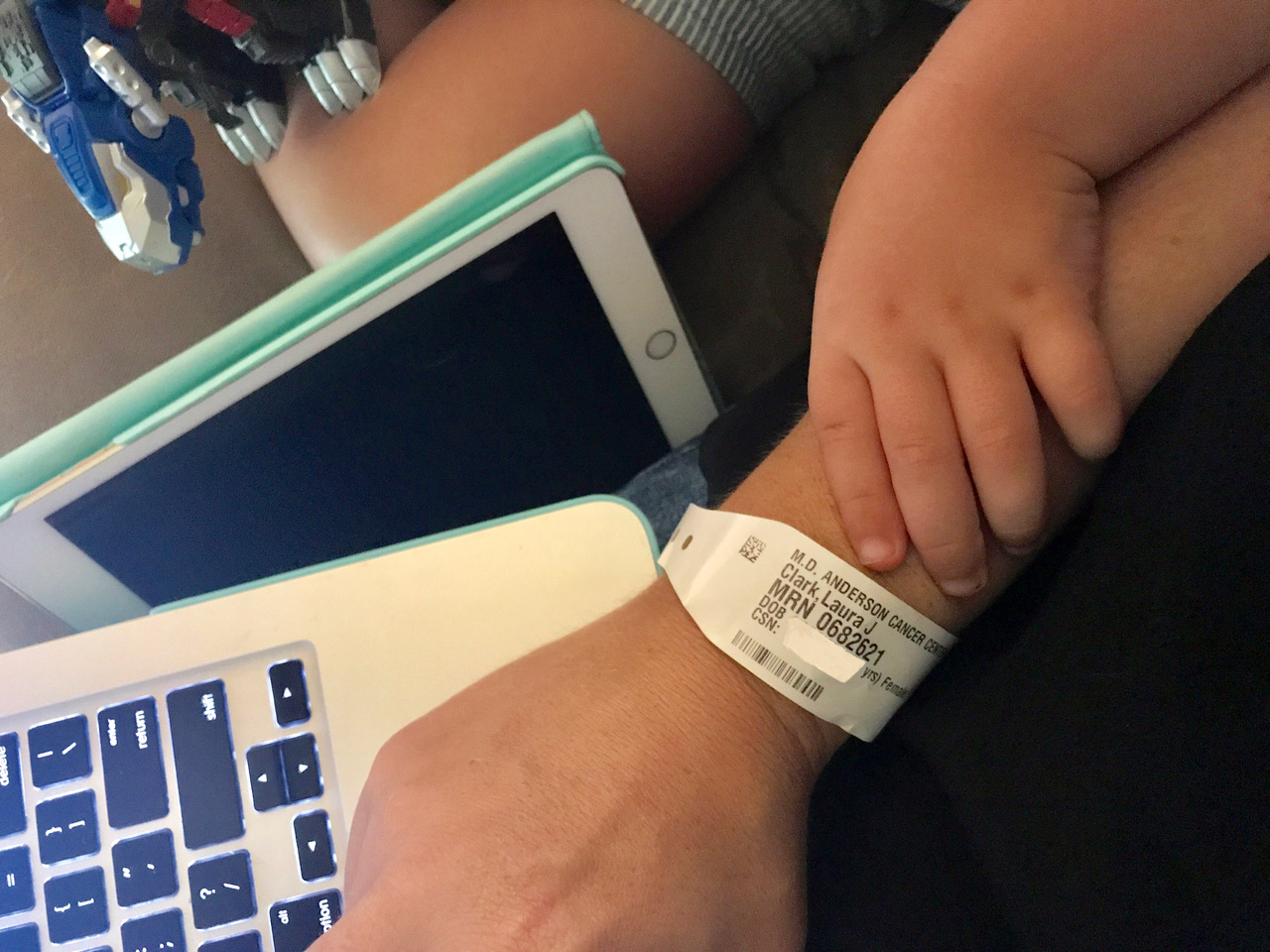 As a teenager, I disliked my hands, which were not slender and feminine like my mother’s. Mine were shaped like square blocks, part of my Germanic build, I suppose. One day, my dad held my hands in his and said, “I like your hands. They are strong and sturdy.” Although that was not exactly what a 17-year-old girl might want to hear, I felt comforted by his words, and as I grew older, I worried less about my hands and even started to embrace “sturdy” as part of my Midwestern identity. Then I learned of the need to be sturdy emotionally, to deal with adversity.

My first experience with death was at 16, when I lost my grandfather, whom I loved differently than anyone else. In his kind, benevolent, grandparent mind, I was always “a good girl.” Clark Woodard was a big, broad-shouldered man, and while he was soft-spoken, he had a large personality that drew people to him. He was endlessly patient, and always hopeful, with a sense of humor that could lighten anyone’s burden. He was diagnosed with cancer when I was young, and he chose treatment mainly so he could “stick around” for his grandchildren, and he did. When he died years later, I ran to my favorite park, a few blocks from my house. I sat on one of the swings, out of breath, and looked at my hands. I remember thinking how much my hands resembled his. My hands were smaller, of course, but they were sturdy, like his.

I was diagnosed with thyroid cancer in 2005, two weeks after moving from South Dakota to Louisiana. I had to wait a week before finding out whether I had the less aggressive cancer or the kind that would end my life in six weeks, according to my surgeon. After receiving this news, I sat on the bed in my new Louisiana home and stared at my bedroom’s pale yellow walls. I remember thinking, “This does not make any sense. My body is strong. I am only 27 years old. I’m not ready.” For the first time in my life, I felt truly alone, because I knew no one could experience my cancer for me, although my mother expressed her desire to do so.

During the following days, my new Southern friends filled my house with casseroles, or what I referred to as “hot dishes,” much to their amusement. I eventually learned I did not have the most aggressive form of thyroid cancer; however, the cancer was not responding to radiation.

In 2007, my doctors at MD Anderson in Houston discovered the disease had spread to my lymph nodes. During an ultrasound, I looked at my mother and said I wished I was receiving a different type of ultrasound—for a baby. She smiled, squeezed my hand, and said, “Someday.” After my test, she said, “Well, let’s go shopping!” I sat across from her in the car, watching her drive to a Houston boutique, so comforted by her strength and by her positive attitude.

Then came the surgery.  I remember waking up from it in pain, after the doctors had removed several lymph nodes. I thought, “When I am well, I am going to live my best life.” It was then that I decided to leave my unhealthy marriage.

Years later, when my son Weston Dean (named after Dr. James Dean Stockstill, who first detected my thyroid cancer) was born in 2014, I was adamant about Weston not visiting MD Anderson. I wanted to shield him from any kind of sadness. During a visit in 2017, I didn’t have a choice, so he accompanied me. While I had brought plenty of activities to distract my three-year-old, he heard the word “doctor,” and quickly made connections. “Mama, dis place makes you feel better?” he asked. “Yes!” I said, and tried to change the subject, but he persisted. “Dat’s good!” he said.

During that visit, I learned my tumor marker had increased. That night, as I was working on my laptop and struggling with this news, I felt Weston’s chubby little hand resting on my arm, his other hand clutching Optimus Prime, and I felt so fortunate, even though I was not cancer-free. Since my initial diagnosis 12 years earlier, I had married a Winnsboro man, Tim Clark, who is endlessly patient and hopeful, and in that moment, so was I.

My mother has always said, “Everybody has something,” and that’s true. I know my experiences are no more difficult than anyone else’s, and I also know that women are incredibly resilient, sturdy even. While we cannot control most of what happens to us, we can control how it shapes us, and I’m inspired by these words of the poet Mary Oliver, who left this world in January:

“Doesn’t everything die at last, and too soon? Tell me, what is it you plan to do with your one wild and precious life?”